Just after the 3-11 earthquake, tsunami and nuclear disaster that struck Fukushima, world wide media immediately focused on Japan. Shortly after that, a group of Japanese artists known as ‪Chim↑Pom‬ launched their own nuclear art attack on Tokyo's Shibuya station and added a very relevant and explosive guerrilla installation to Taro Okamoto's "Myth of Tomorrow" mural which is an historical homage to Japan's previous nuclear holocausts: 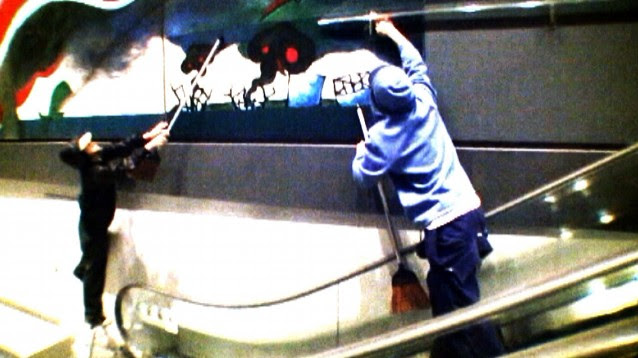 This installation piece entitled "Level 7 feat. Myth of Tomorrow" created a big scandal as at first it was anonymously featured in world news and Japanese headlines. This work was very skillfully done in order to blend in with Okamoto's style. Within an hour from installation it was all over Twitter and other social sites. Then it was quickly reported by mainstream Japanese media. A day later it was taken down by the police and called "graffiti" and "malicious mischief." A police investigation followed and public debates in the press and on the internet discussed whether or not it was a crime. Soon afterwards ‪Chim↑Pom‬ released this video on Youtube:

and created even more controversy! Following that the group held a press conference and admitted that it was their work and added it to their ensuing "Real Times" exhibition which was held from May 20th - May 25th in Tokyo and from June 20th - 27th in Osaka. After both exhibitions, the police came and investigated the group's leaders and the "graffiti" case was sent to court early in July.

Well, now ‪Chim↑Pom‬ is making world wide headlines once again with their new "Super Rat" exhibit. In this installation they have further developed their shock art style by catching a bunch of big, huge rats in Shibuya's Centa Gai area and making them into taxidermic Pikachus aimed at Japanese girls who dress up as the famous anime character and ravage Shibuya in hordes: 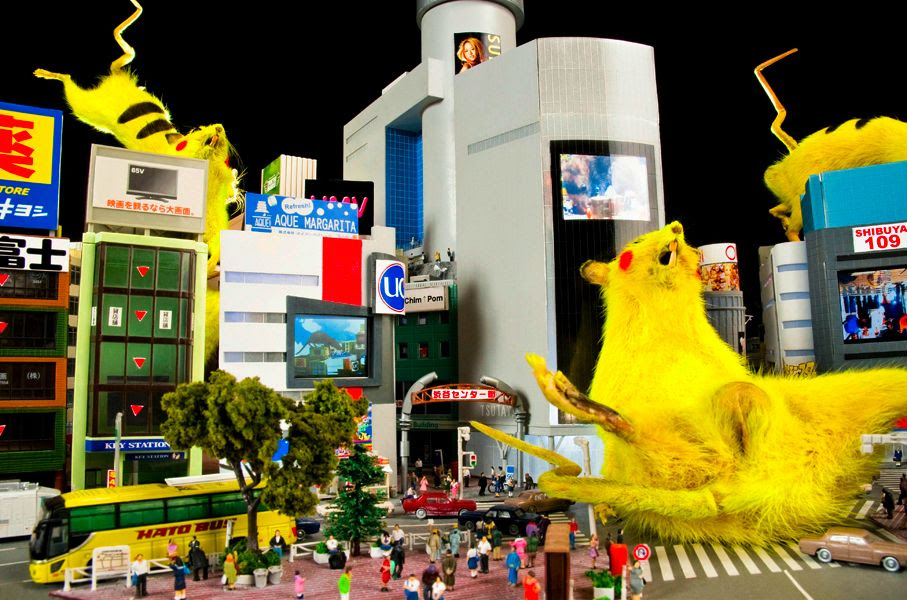 Here is a recent interview with the group:

IMHO, more of this kind of art really needs to be made in Japan today. For more information about the legendary ‪Chim↑Pom‬, please visit their official website. 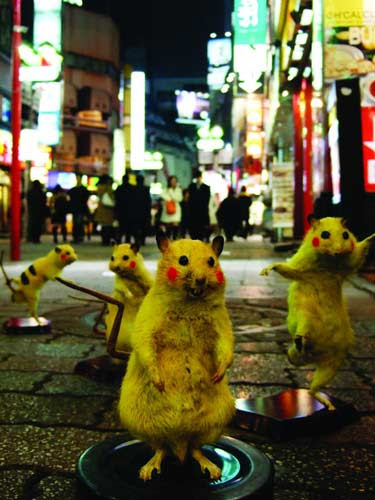